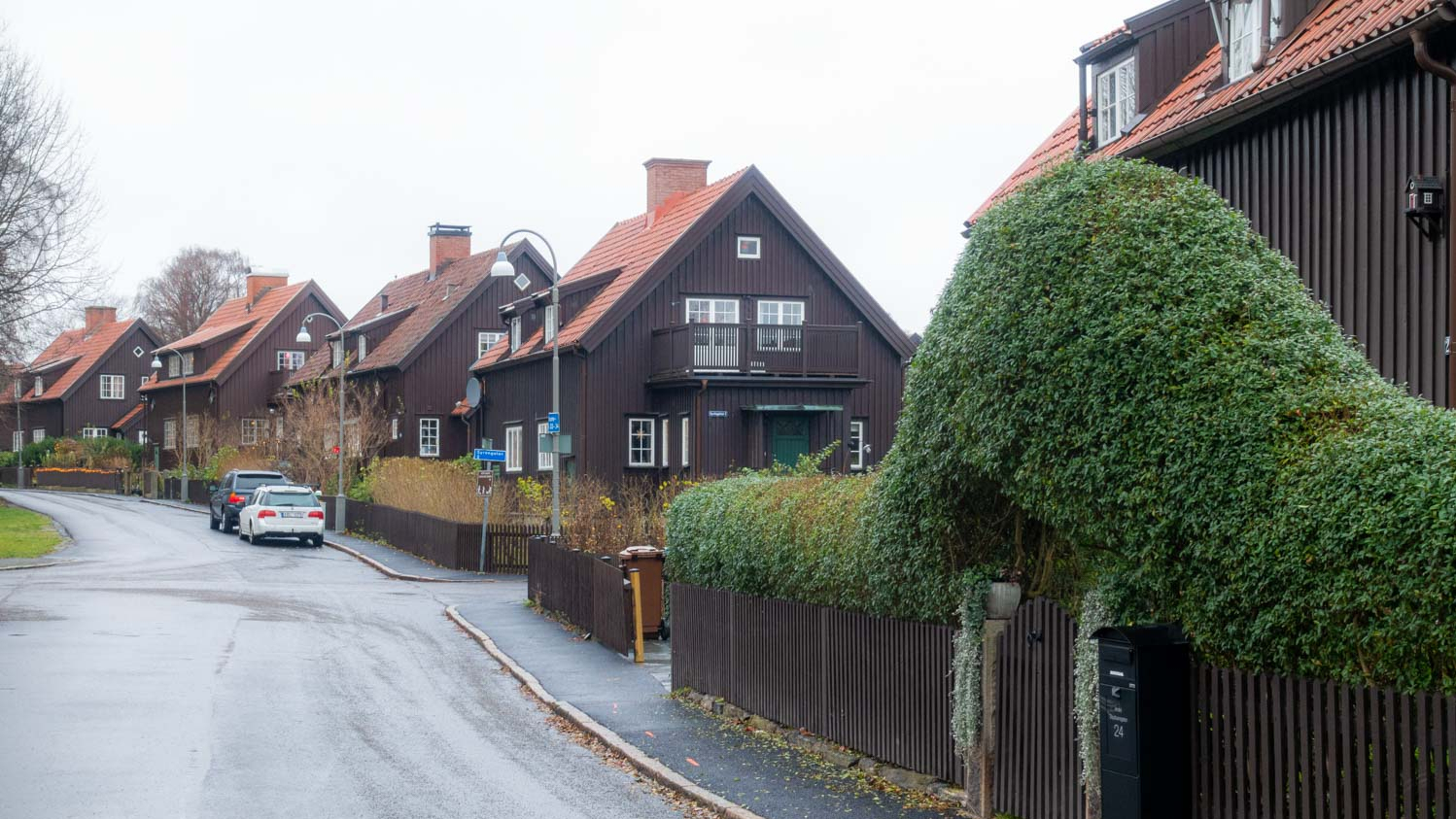 High up in the Landala Mountains in Gothenburg is the peaceful and greenery area of Landala Egnahem. It is Gothenburg's first and architecturally most consistently completed private home area. It consists of terraced houses and villas in brown and grey wood, and three large estate blocks with  governor's houses in calm pastel colors with large leafy courtyards. 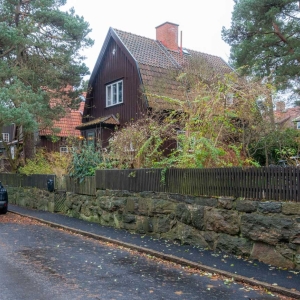 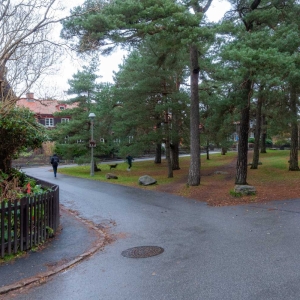 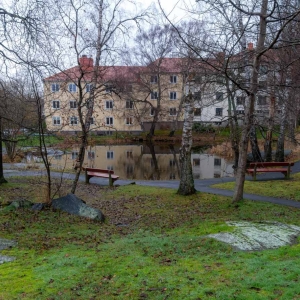 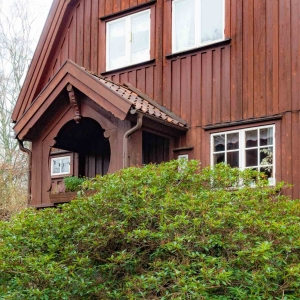 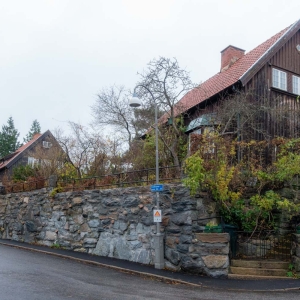 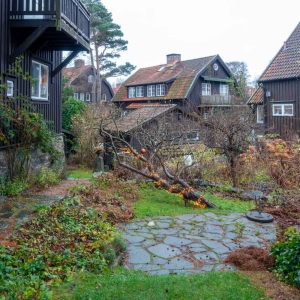 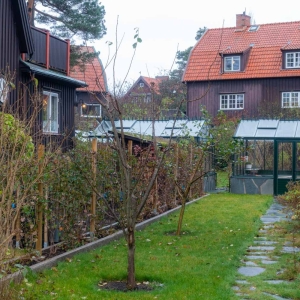 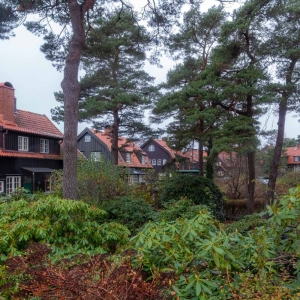 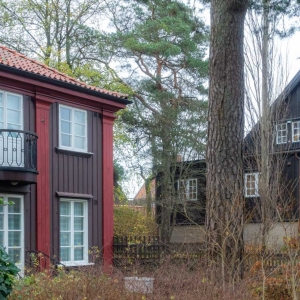 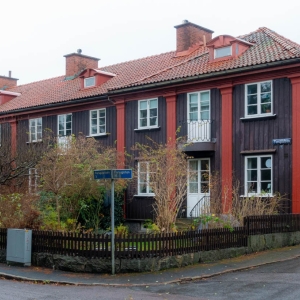 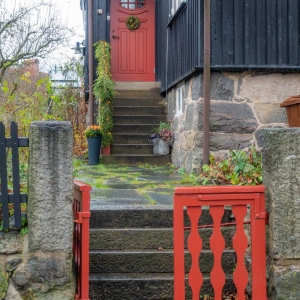 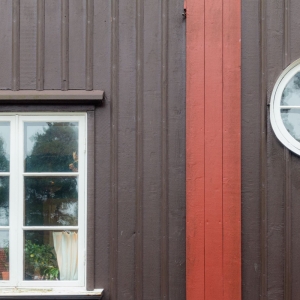 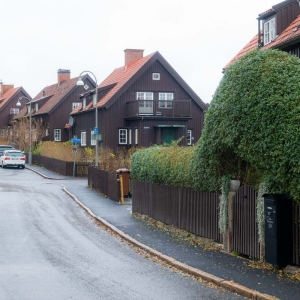 This villa area is located on a high mountain plateau south of the city center of Gothenburg, Sweden. It is one of Sweden's first private home areas and was built between 1913 and 1922. The city plan was drawn up by city engineer Albert Lilienberg, with buildings designed by architect Carl Westman. The site for construction was suggested for its "extremely healthy and pleasant location".

Malte Erichs designed two types of town houses around Furuplatsen. They got the names professorslängan ('professor's row') and ingenjörslängan ('engineers' row'), according to the professions of the respective developers.

The houses were meant for working families, but when they became too expensive and were instead bought by the middle class, governor's houses were built to the north for the workers in the late 1920s in a classicist style.

Landala Egnahem has curved streets that open into a couple of open spaces, Egnahemsplatsen, the pine-covered Furuplatsen, and a small recreational park with a pond. The latter was placed between de villas and the governor's houses. The neighbourhood was intended as a purely residential area, considering the proximity of shops in already existing areas.

The neighbourhood with wooden villas was built with front gardens, low fences and walls. The homes are approximately 100 square meters in four house types, single houses and semi-detached houses with gable or mansard roof. The owners were given two colours to choose from: gray and brown.