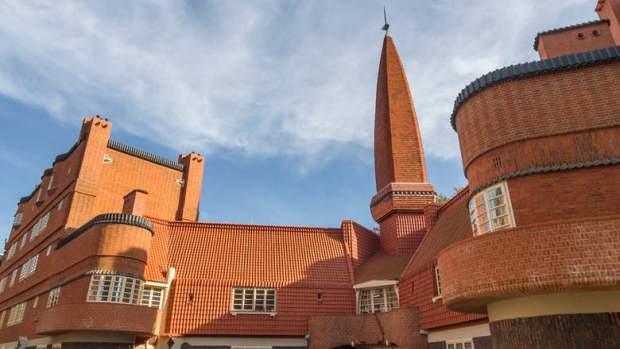 Museum The Ship (Amsterdam, The Netherlands) is the museum of the Amsterdam School art and architecture movement and public housing. The museum is the initiator of this website and is organizing an international program on garden cities.

Museum The Ship (Amsterdam, The Netherlands) is the museum of Amsterdam School Art and Architecture and Public Housing. The museum is organizing an extensive international program on garden cities, which will result in a variety of projects, research, publications and excursions, leading up to an international congress and large exhibition in 2024.

All around the world we find cities, -villages and -neighbourhoods based on the idea of the garden city. The Netherlands alone already has several hundreds. Since the end of the nineteenth century, and even before that, these green oases formed the antidote to the detrimental living conditions in larger cities. Although garden cities took many forms and its ideals were interpreted in many ways, leading ambitions were a good design based in a green environment, strong community engagement and cooperative modes of management of land, houses and/or shared facilities.

An important figure for stimulating the discussion on garden cities was social reformer Ebenezer Howard. He articulated the garden city for the first time in his influential book Tomorrow: A Peaceful Path to Real Reform (1898) and Garden Cities of To-morrow (reprinted in 1902) as a marriage between city and countryside, the garden city being best of both worlds. Howard also founded the Town and Country Planning Association, a large association with many prominent members. Together with associations in other countries, they promoted these ideas of garden cities, allowing us to find these ideas all around the world.

Ideals of the garden city are found abundantly in the city of Amsterdam. Amsterdam-North is a network of multiple garden villages like Tuindorp Oostzaan, Vogeldorp, Nieuwendam and Floradorp. Most garden villages in the North have have beautiful workers’ houses built in the Amsterdam School style. Also Betondorp in Watergraafsmeer has exemplary garden city ideals and Amsterdam School architecture. The design of the post-war Westelijke Tuinsteden, a large city district at the west side of Amsterdam, is also based on many garden city principles.

Program and call for partners
Nowadays the garden city ideals are more relevant than ever because they are key in debates on the present and future of ecological and social-sustainable cities. The foundation of new housing cooperation's experimenting with new forms of communal living and the urgency for urban greenery and sustainability are important themes in debates on public housing.

Amsterdam School Museum The Ship (Amsterdam, The Netherlands) is organizing an extensive international program on garden cities in the following years. Together with national and international partners we will research the origin and development of garden cities and its actual values in the following years. This will result in a variety of projects, leading up to an international congress and large exhibition in 2024. We will also establish a large network of garden city with its residents, municipalities, architects, visitor centres and historical-, heritage- and other societies. For experts and everyone interested we will offer activities like lectures and walking- and cycling excursions through Amsterdam and other dutch cities like Hilversum, Almere, Delft and Hengelo.

Museum Het Schip is looking for national and international participants in our project. You can get in touch with us through info@worldgardencities.com or info@tuinstadgedachte.nl. 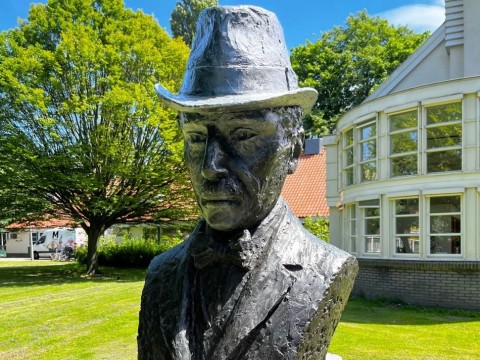