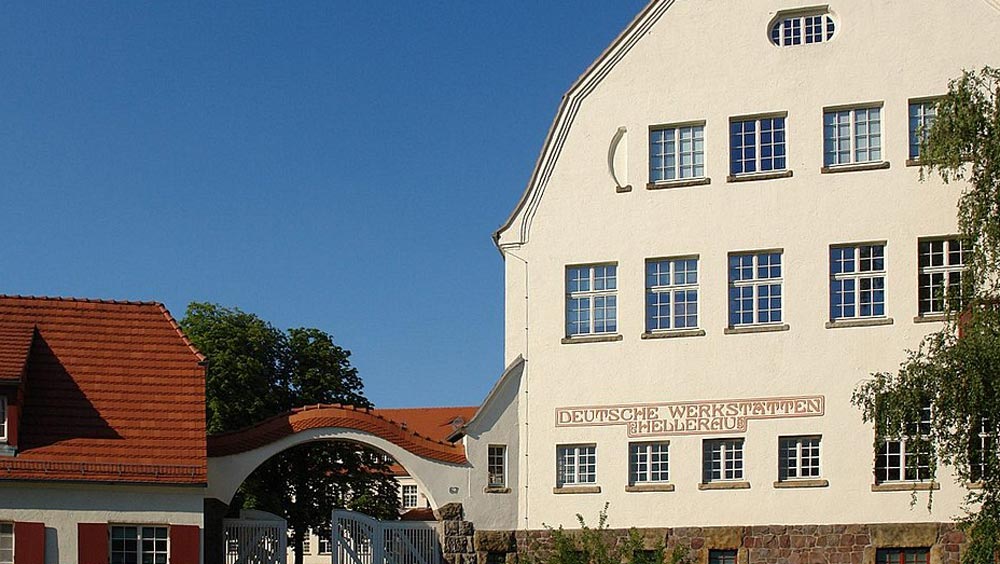 Hellerau was founded in 1909 and is the first German garden city. 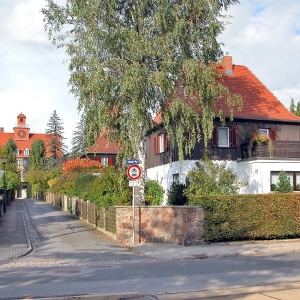 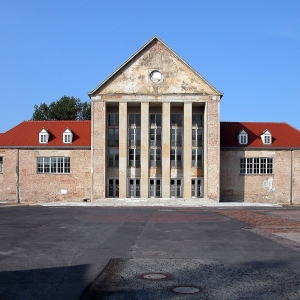 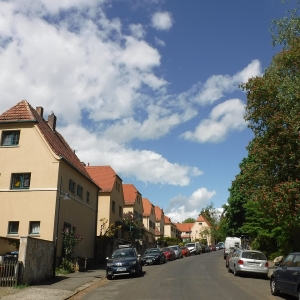 Karl Camillo Schmidt-Hellerau (1873 - 1948) was a German carpenter and furniture manufacturer. Schmidt (he only adopted the name Schmidt-Hellerau in 1938 when the city of Dresden gave him this honorary name) was a supporter of the life reform movement. He drew on the ideas of Ebenezer Howard when he commissioned the building of the new Dresdner Werkstätten für Handwerkskunst (Dresden Workshops for Crafts). He not only needed space to expand his production, but wanted to provide healthy living conditions for his workforce, close to his factory, as well. It resulted in a unity of living and working, culture and education in an organic surrounding at Hellerau.

The purchase of land for the new factory and settlement north of Dresden took place in 1906 and the conception phase began the same year. Schmidt commissioned architect Richard Riemerschmid to draw up an overall plan for the development.

The groundbreaking ceremony took place in June 1909. As early as 1910, production was being carried out in the newly built German workshops for handicrafts, and the first residents settled in Hellerau.

On July 1, 1950, the community was incorporated into Dresden.

Architect Richard Riemerschmid designed the master plan and he also planned the construction of the workshops and a housing estate with tiny residential buildings for the workers, spacious country houses, a market, shops, a laundry and bathhouse, surgeries, a dormitory for singles, a school and a student residence.

Hellerau features different housing types and styles. The buildings are rural in character, with mullioned windows, coloured shutters and half-timbering. Hellerau, like the Garden City Margarethenhöhe in Essen, was exempted from all building regulations by a government decree.

The Deutsche Werkstatten on the southern edge of the community, a large factory involved in the production of craft furniture, played a central role in the function of the community. The Festspielhaus (Heinrich Tessenow, 1911) to the north-west provided the cultural focus.

The city of Dresden announced a competition in 1993 for an expansion of Gartenstadt Hellerau. The winning building complex (located on Am Pfarrlehn, Kirchsteig, Am Schulfeld and Meisensteig) combines Hellerau's design approaches from the beginning of the 20th century with the demands of contemporary living.