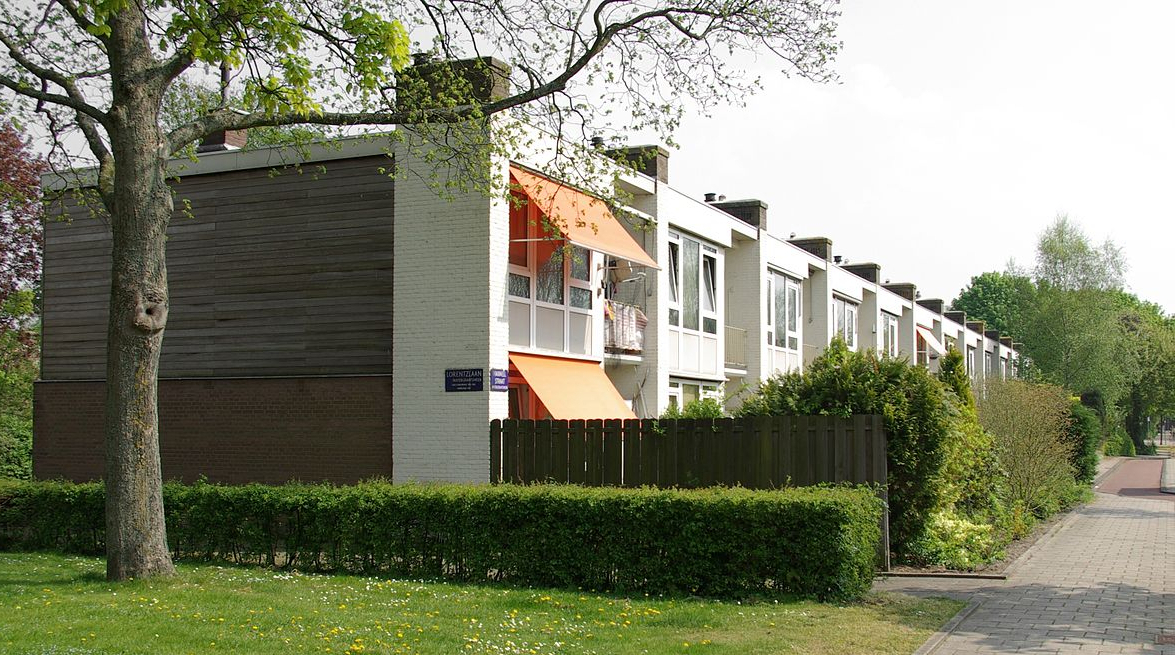 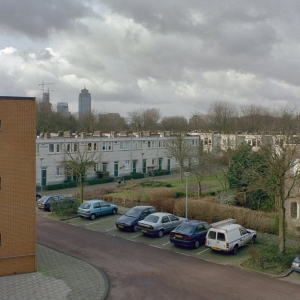 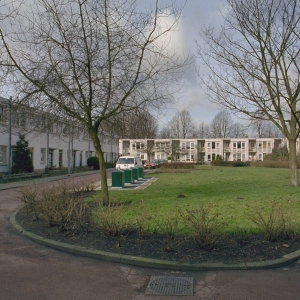 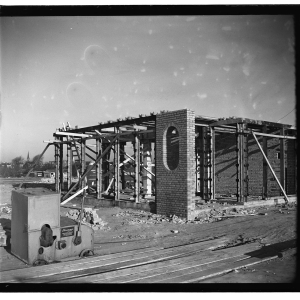 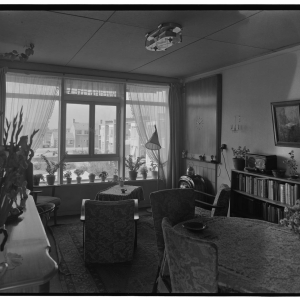 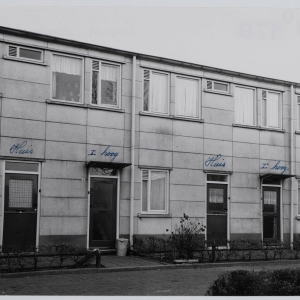 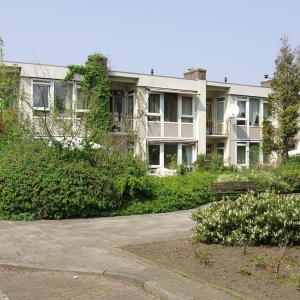 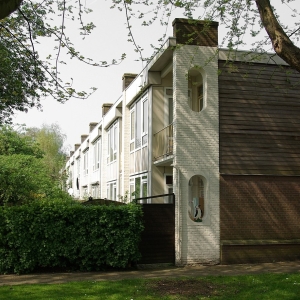 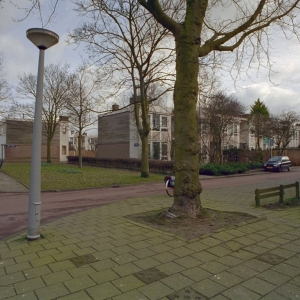 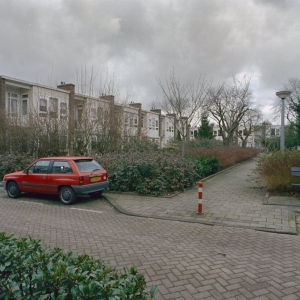 Jeruzalem - originaly named Tuindorp Frankendael - is a neighbourhood in East Amsterdam between Park Frankendael and De Nieuwe Ooster cemetery, bordered by Middenweg, Kruislaan, Gooiseweg and Hugo de Vrieslaan. It was designed in 1947-1949  and built between 1950 and 1955. The low houses with white walls reminded people of Jerusalem, hence the name.

Commissioned by the Urban Development Department, the architects B. Merkelbach, Ch.J.F. Karsten (later P.J. Elling) and M. Stam designed a totally new subdivision form, consisting of two L-shaped brackets. The almost four hundred single-family houses were small - less than 40 m2 - and were designed as duplexes, doubling the number of houses.

The duplex houses in Tuindorp Frankendael were a first in the Netherlands. The houses were designed so they could temporarily function as a downstairs dwelling and a separate upstairs dwelling, which could then be merged again after a few years, with a minor intervention, to form a normal single-family house with three bedrooms upstairs.

The L-shaped housing blocks can be seen as an alternative to both the 19th century closed blocks and the more modern 'strip construction' (strokenbouw). The architectural and urban planning insights that were applied here on a small scale can also be seen as a precursor of the much larger Westelijke Tuinsteden (Western Garden Cities).

There were frequent plans to demolish the neighbourhood, but these were never realised. In 2010 (the year it became a national monument) plans were unveiled for the renovation of the neighbourhood, where just a part would be demolished and replaced by new houses.

193 homes were radically renovated by Rochdale, with a completely new wooden rear facade, a (new) bathroom, central heating system and sound and heat insulation. An eight-storey block and a four-storey block with 86 new social housing units was built. The project also comprises about 80 owner-occupied homes.

Housing association De Key, which owns the rest of the area,  had previously given his homes a limited refurbishment.