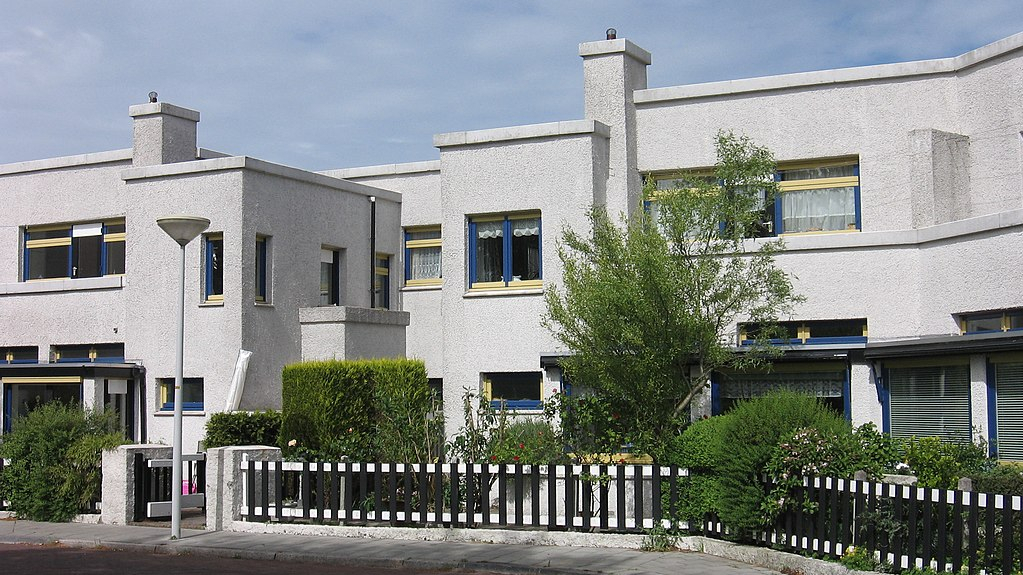 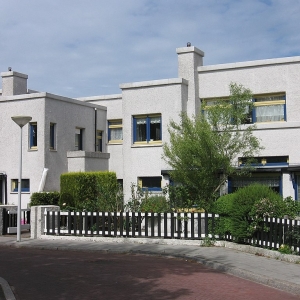 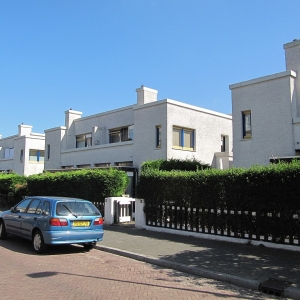 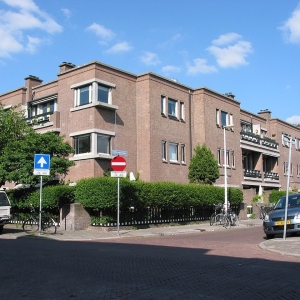 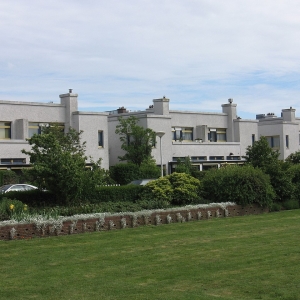 The Papaverhof is part of a city plan created by Daal en Berg to build 1000 houses for the middle class in Den Haag and Loosduinen. This plan originated in 1917. E.B. van Beresteyn functioned al chairman, while architect H.P. Berlage word on the plan as commissioner.

Before Jan Wils was commissioned to design the Papaverhof, the assignment went to architects M.J Grandpré Molière and P. Verhagen. They designed a plan in 1918, but it failed to deliver because it differed too much from the original plans by Daal en Berg.

When, even after redesigns, Daal en Berg decided to move away from M.J. Grandpré Molière and P. Verhagen, Wils was chosen. In 1919, Wils designed 128 middle class houses, consisting of 60  apartments and 68 single-family homes. They where realized between 1920 and 1921.

The buildings share a similarity to art made by the Stijl-artists. He makes use of black, white and primary colors (in this case blue and yellow). Wils planned to create the buildings using concrete as the main building material, but after problems with holes and tearing in the concrete it was decided to finish the buildingcomplex in brick. The buildings are placed in symmetrical horseshoe shaped rings around a park.