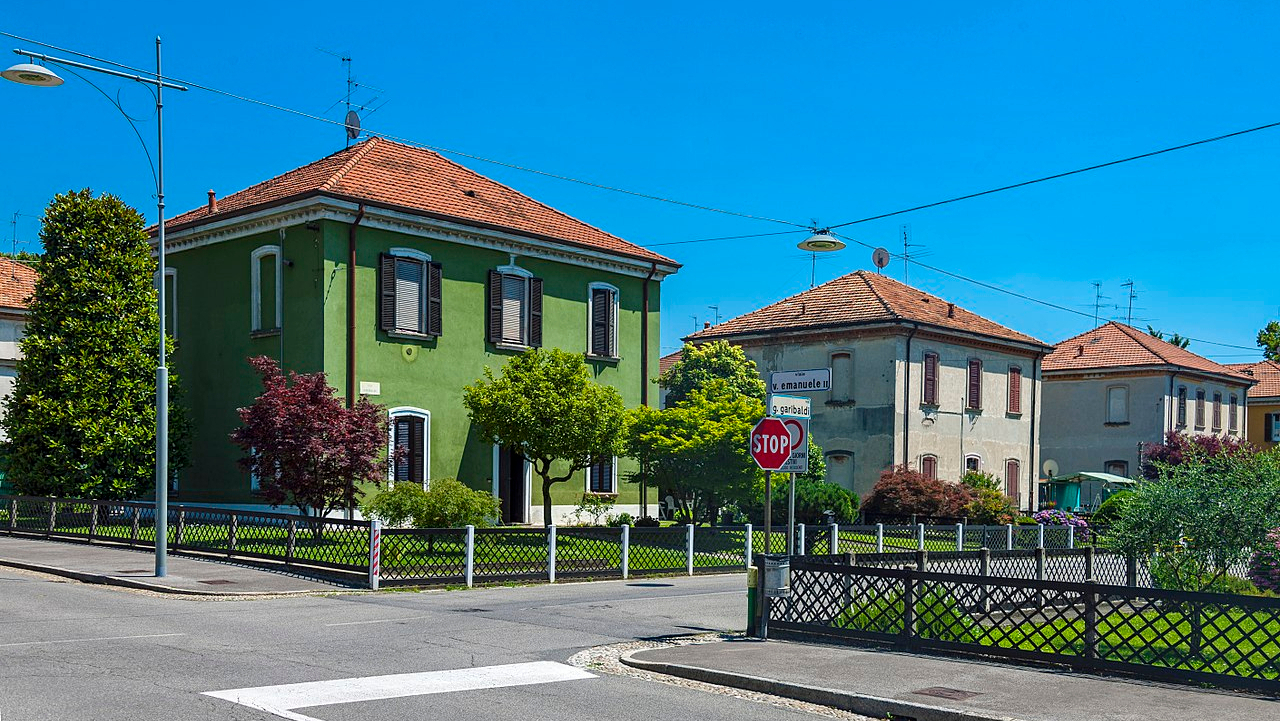 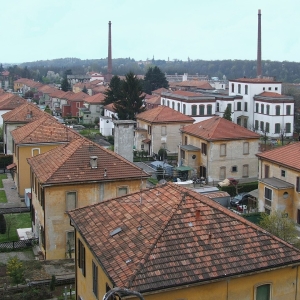 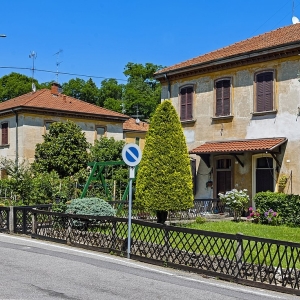 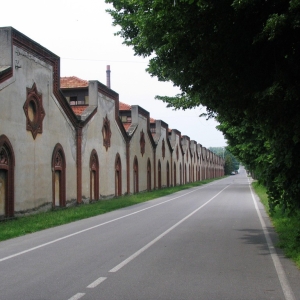 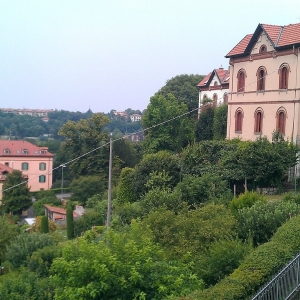 In 1869 Cristoforo Benigno Crespi, a textile manufacturer from Busto Arsizio, bought the 1 km valley between the rivers Brembo and Adda in Lombardy, between Milan and Bergamo. Here he installed a modern cotton mill on the banks of the Adda.

Crespi can be seen as one of 19th century's enlightened industrialists who wanted to improve the workers' needs. The settlement he commissioned was built in 1878, right next to the cotton-mill. In 1889 Cristoforo's son Silvio Benigno Crespi started work in the factory as a director. Under his guidance the the town reached its final form at the end of the 1920's.

Around 1906 a hydroelectric power plant was built in Trezzo, on the Adda river just a few kilometers upriver. The village of Crespi d'Adda became the first Italian village to have modern public lighting.

The town remained under the ownership of a single company until the 1970s, after which many buildings were sold to private individuals. In 2004 the factory stopped the production of cotton textile. In 2013 the former cotton mill complex was purchased by entrepreneur Antonio Percassi, with the intention of using it as the headquarters of his companies.

The whole architecture and town planning (except the first spinning factory, which was created by engineer Angelo Colla), was designed by architect Ernesto Pirovano. For about fifty years Pirovano, helped by engineer Pietro Brunati, ran the construction of the village.

The factory is situated along the river, next to the castle of the Crespi family. The workers' houses, inspired by English architecture, are lined up in a rectangular grid of roads to the East of the factory. The houses were multi-family residences, each with its own garden.

To the South there is a group of villas for clerks and directors. The houses of the physician and the priest overlook the village from a hill, while the church and the school are placed side by side facing the factory.

Apart from houses, the village also had social services such as a hospital, a school, a theatre, a cemetery, a fire station, a wash-house and a church.

Today the village is inhabited by a community largely descended from the original workers.

The fact that the factory was functioning until quite recently, together with the isolated setting of Crespi d'Adda, has ensured that not much has been changed or modified. This gives the town a remarkable sense of authenticity.