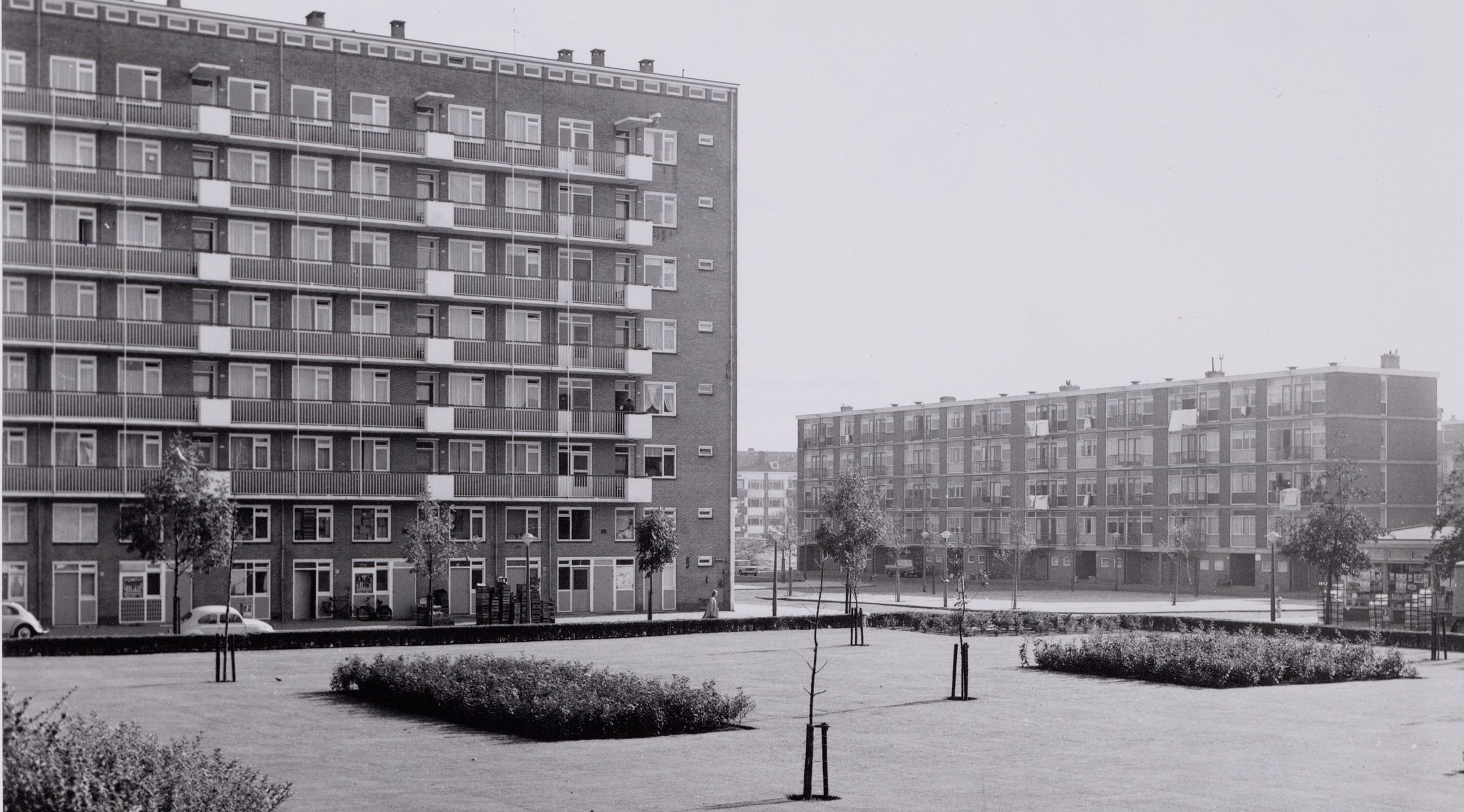 The garden city of Geuzenveld was built in the middle of the fifties and encompasses six neighbourhoods situated around the Lambertus Zijlplein square in Nieuw-West. It was part of the General Extension Plan (Algemeen Uitbreidingsplan, or AUP) of Amsterdam, a pre-war plan that was the basis for the expansions to the west and south after World War II.

Each neighbourhood was designed by a different architect with functional living as the main goal. The notion that the houses could not be too frivolous was one of the few aspects on which the six architects agreed. Because of their different architectural ideas, Geuzenveld has turned into a diverse neighbourhood. Urban renewal has contributed to this diversity, creating a mix of post-war social housing homes and new owner-occupied homes in the large apartment buildings.

Of the newer buildings, the Parkrandgebouw (Parkrand Building) situated next to the Eendrachtspark is perhaps the most striking. The school buildings of the Amsterdam H-type, that get their name from their H-shaped floor plan, also deserve mentioning. Their classrooms are oriented in such a way as to receive an optimal amount of sunlight.

On the edge of the neighbourhood you can find the Brettenzone and the Tuinen van West.

At the borderline between city and polder a small block of six studios for artists is situated. Already in the fifties it was felt that artists gave more colour to the neighbourhood. These creative souls still belong in Geuzenveld, just like the many students who are now making the area their home. 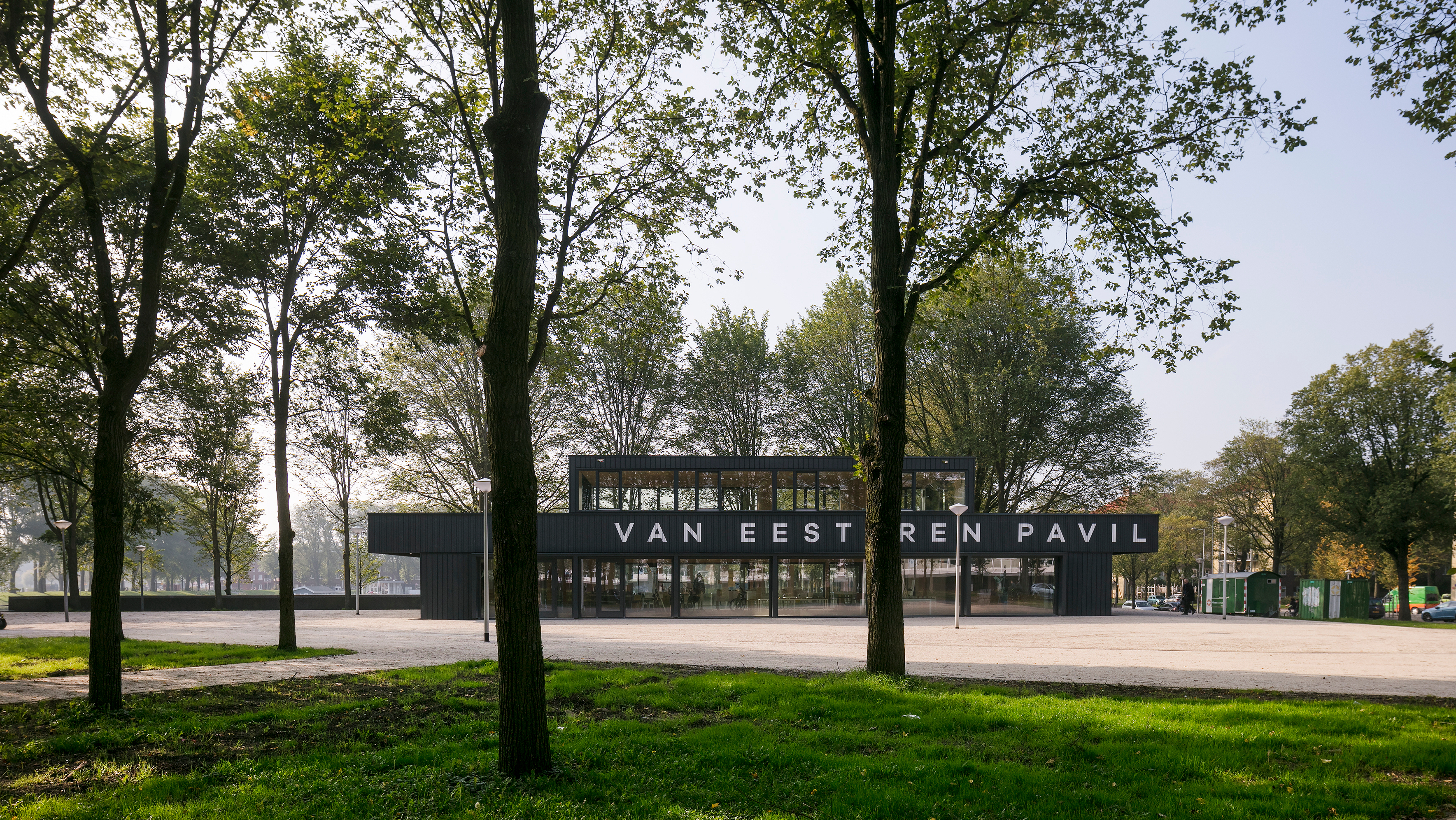 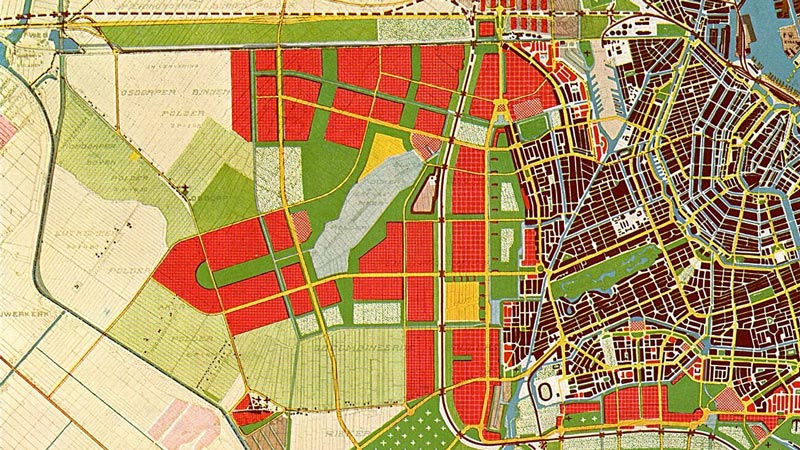