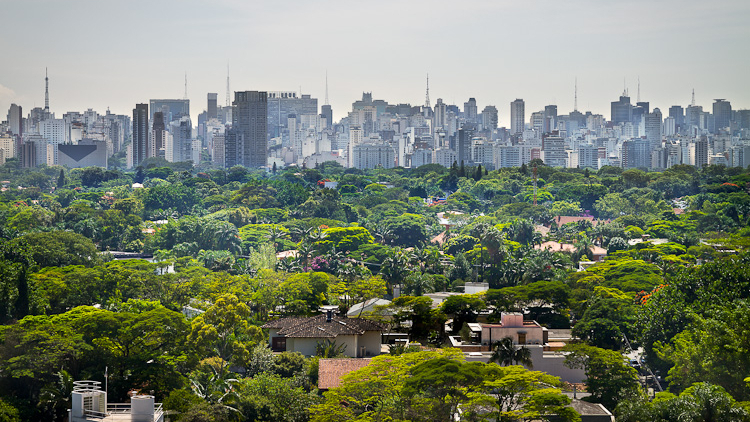 The first garden city in South America was designed by Unwin and Parker. 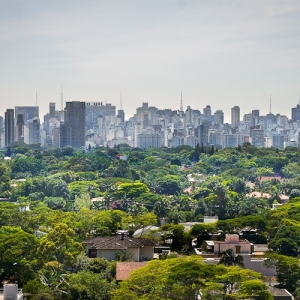 The booming coffee culture in the hinterland of São Paulo made this Brazilian city grow extremely fast: its population rose from 65.000 in 1890 to 580,000 inhabitants in 1920. It was in this climate of urban expansion that the City of São Paulo Improvements and Freehold Company Limited (which was founded in 1911) was commissioned to development the first garden city of Brazil.

Raymond Unwin and Richard Barry Parker, who amongst others had developed garden city Letchworth, were hired to design Jardim América, the first garden city of South America. This garden city however wasn't meant for low-income households, but was aimed at upper middle class residents. It was exclusively residential, with minimum plots of 900m². Another departure from the original garden city concept was the fact that there were no communal gardens.

To increase income the original plans were somewhat modified by the City of São Paulo Company. Semi-public gardens were converted into new streets or lots to built new houses.

As author Silvia Wolf points out, Jardim América can be seen as an garden suburb (urbanizations that are dependent on a pre-existing city) as opposed to the original concept of the garden city (urban centers that are independent of other cities, where social reform purposes are built in).

Jardim América is nowadays an upscale neighbourhood and one of the most expensive to live in in São Paulo.

Jardim América features diagonal and curving avenues and streets (named after American countries) lined with Jacaranda trees, many gardens open spaces,  and low density housing. To literally set an example, Barry Parker himself designed some of the first homes built in Jardim América. When the neighbourhood was completed more than 400 housing plans were used, which reflects the diversity of the architecture.